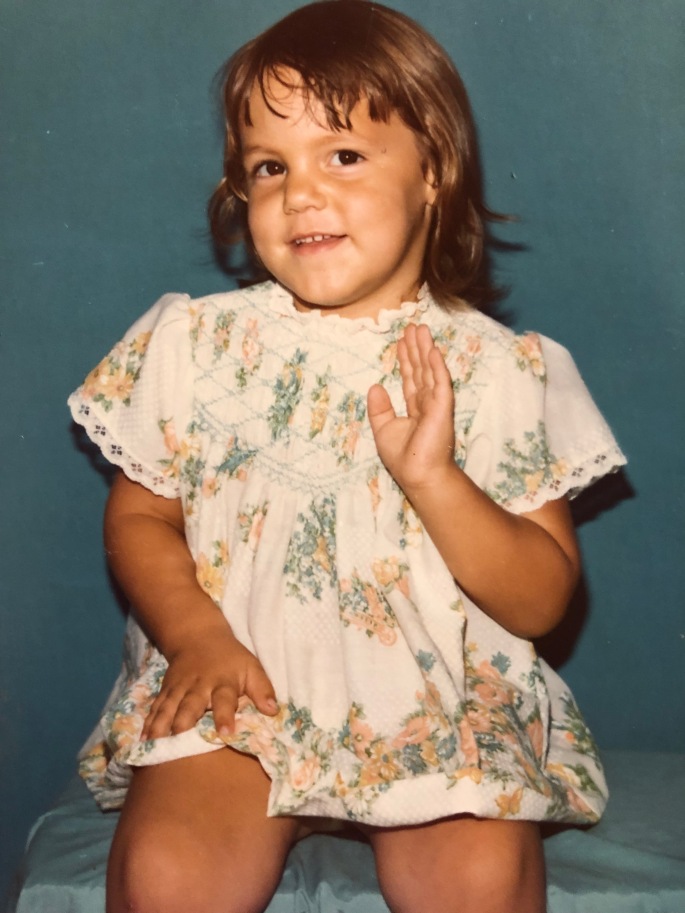 The last few years of my life have been messy and difficult. I did not realize it in the beginning, but I was in the process of separating myself and shaping my own identity. I set my intention on healing, but wasn’t able to articulate how that would occur. I only knew that I was in immense pain, both emotionally and physically, and was desperate to find a way to feel good again.

The process of healing lead me to myself. It was a lonely place to be at first and I did everything in the beginning to avoid sitting in the space that surrounded me. Being still was like sitting in a dark and damp dungeon, all alone, unable to stop the constant reverberations of words and labels that had harmed me through the years. More often than not, my thoughts were always spinning on the countless examples that had proved in some way: “I wasn’t good enough”. I wasn’t able to separate myself from the words and actions of others, even when many times I wasn’t to blame for their lack of commitment to me. I wore what people said about me, like layers of clothing in preparation for a cold, Winter’s storm. I was bundled up in other people’s problems, unable to breathe freely, not living a life of my own. It was constraining and suffocating, but I stayed on in many unhealthy relationships from family to work, holding on to the hope that someday someone would lead me to that “sweet spot”: my worth.

Over time and through multiple heartaches, my desperation to receive love from others grew ugly. Even so, my ability to hang on to nothingness was impressive. I lost time and myself to the endless occupation of “fixing” hopeless relationships. I eventually became fed up with feeling invisible and unloved and began to lash out, my shield of armor growing thicker with each passing day. My demands, and oftentimes negative behaviors, were feeble attempts at self love. I knew I needed more, I just did not realize that I needed to “let go” to receive it. All I could see was what I would be losing if did so and that was too devastating, especially after investing so much time and energy. Instead of letting go and moving on, I hunkered down and clung tightly, demanding my presence in the lives of people who were not only lost, but often unavailable in some way. One can see where this is leading.

It was during these types of relationships, that a familiar historical pattern emerged illustrating my learned attraction towards those who were unavailable and inaccessible to me. I had learned to fall in love with the feeling of uncertainty, rejection, and distance. My step-father who raised me created this environment, unknowingly (I now realize as an adult he was doing the best he knew how at the time). He wasn’t available emotionally for me growing up, and so I learned that love was not only having to continually seek approval, but it was also distant and unattainable. And the times I have felt “in love”, were with men who were unattainable and distant. I can even remember telling myself that if I could somehow make the relationship work, it would heal me from what I missed with my father growing up. These relationships, particularly the latter of the two, closely mirrored my life as a child growing up. The latter relationship was stormy and unpredictable and I often felt that I needed to behave perfectly to avoid abandonment. Although my step-father never threatened to leave me, I felt under constant pressure to avoid any commotion as to not upset him in any way. I could see, through the continual conflicts and eventual dissolve of my last relationship, that I was grieving much more than what I had just left. I was grieving what I never had, a father that made me feel safe, protected, and unconditionally loved. This is one of the reasons it became nearly impossible to leave my last significant relationship. Hanging on and waiting for the love I needed nearly destroyed me.

In the backdrop was another storyline that caused heartache and at times, despair. My sister’s struggle with addiction caused a fracture in my very small family. The story is fraught with tension and drama which left me isolated and unsupported by her or any of her now adults kids. It is a true tragedy and one of which I am still grieving over. It’s difficult to let go of romantic relationships, but even more so to let go of familial ones especially when certain members are still in danger and at risk. At this point, because of the drug use, no one is reaching out to me and often my messages of concern go unnoticed. Years of struggle has caused arguments and tension that often erupted into ugliness. Watching one person struggle is extremely difficult and hard enough; I have now seen a whole family walk down the same path. Unfortunately, I only have one sibling and whereas I have longed for her support and friendship during difficult times in life, the addiction has made that reality impossible. I have not entirely let go, but I am in the process because the chaos surrounding her and her children’s addiction is not only stressful, but consuming. And I have learned there is little I can do because my concerns, pleas, and confronting are met with silence, denial, or shift-blaming.

And so, I have been very sick the last couple of years and out of a pure place of necessity and desire, I began to heal, slowly. It has been messy and circuitous, but by getting up each time I fall (and that is many) and trying again, I prevail. I have discovered as of late that I am “separating” and becoming my truest self. This process has required me to not only depend on my own judgment and desires, but to cultivate more space between myself and others. This is difficult to do if you were raised in an environment where you had to question your reality and perform as perfectly as possible to avoid punishment. Let me explain what I mean by this. I grew up in an environment where it was normal to ignore certain obvious problems. Often, I would see the problems, even voice them, and those around me invalidated my experience causing me to question my reality. I often spoke out about how my step-father was treating me and my sister, but my concerns were readily dismissed and even denied. I became so used to questioning my reality that I lacked the confidence to interpret situations later on in life. For example, I continually questioned myself in relationships that were not good for me even if I had sufficient evidence that something was wrong. If I formed an attachment to someone, I gave their actions and words towards me too much influence and lost myself over and over again. All of this made separating difficult as, admittedly, I wasn’t always confident in my decisions. Looking back to my childhood, I can understand why I struggle and this has helped to cultivate self compassion instead of criticism.

The process of separating is painful and liberating at the same time. The old me is fighting with the new me. I have to remind myself that I am enough even while standing alone. No one person has the ability to define me. For far too long I have drank the foolish chatter of those that do not know me. I will always entertain the words of others, but I will no longer bundle up in their words for a Winter’s storm that will never precipitate. I will sit in the stillness and embrace the silence. I see great value in separating where I no longer hear the constant echoes of invalidation. I wish I had learned some of these things long ago, but I can only go forward with gratitude that I have the chance to soon be free. I was meant to soar, we all are. There should be no judgment about how or when we fly. I’m nearly ready to leave this old, rusty cage that actually did serve a purpose at one time in my life. I’m so lucky to have found this love after all these years of searching. It is this love that will lift and sustain me. And to think there were times I wanted to give up! This victory is the sweetest because there is absolutely no abandonment in self love. Love is never lost and what you share returns to you and expands in time.

I’ve decided to end this post by quoting the lyrics too one of my favorite songs by my favorite artist, Suzanne Vega. Hope you enjoyed my insights on separating to become whole! Let’s soar!

One thought on “The Stillness and Separation: The Bird is Nearly Ready for Flight!”