Unraveled Yarn: The Mess That Has Made Me

Posted on February 21, 2019 by landundefined

I’m beginning to have glimpses of joy. There are times when I am able to relax, falling lightly, sinking into myself like butter melting on a hot Summer’s day. Even various memories are flooding back to me as I remember myself, and I smile. Who knew healing would lead me back to a sweet path of self discovery?

For so long now, I have been leaving myself and in these times of being separated, so much destruction occurred. It’s been a colossal mess of sorts, like twisted yarn that has to be cut with scissors to be unraveled. Healing has been a tiring and tedious process. I’ve often gotten so disgusted that I’ve put the twisted ball of yarn down for awhile in frustration. I’d come back to it every once in awhile and I would work on freeing a few strands and would quickly become frustrated, once again casting it aside. Many days I did not believe I would ever see the yarn completely unraveled, let alone knitted into something worthy. Often, I overlooked the progress I had made, instead zoning in on the mess remaining. Am I ever going to knit something with this beautiful ball of yarn? Something about the quality and uniqueness of the yarn kept me motivated to keep working at it, even in times when it sat, crumpled up on the floor, looking a bit hopeless. Over time, I began to see the value not only in the times I fervently worked on it, but also in the periods where I felt I had abandoned it.

As the healing process evolved, I began to become more aware that I was learning a lot by being both present and away. I am beginning to move slowly to the center, accepting the imperfection of myself and the world. I feel forgiveness flooding in around me, like I’m wading in a crystal clear pool of water on a very hot Summer’s day. It feels good. I can breathe a lot easier.

I would say that I am nearly ready to knit something now. That knotted ball of beautiful yarn is symbolic of my life and the trauma that caged me and controlled me for way too long. I sat, immobilized, for years often too overwhelmed to do the tedious work needed to free myself. This will take hours, maybe days, I thought, and then I would abandon the work that was needed to unravel it. This neglect over time only lead to increased knots, and like the yarn, it became quite a chore and very messy. Who wants to sit in the stillness for hours working on the difficult process of freeing oneself? Not me! In my restlessness, I chose to chase chaos, drama, and excitement. This could mean engaging in the wrong relationships with men, gambling, overeating, or arguing with family members. It meant leaving the knotted yarn on the floor for another night and putting the project “on hold”. Years passed, and my life stagnated. I became more and more sick. Things got so messy that I was unable to work and it was only at this level of devastation that I began to make some serious changes that began the process of unraveling the yarn that had become my current existence.

I’m a bit curious as to what I will now become. Now that the yarn is nearly unraveled, I’m beginning to take a bit more interest in it. It’s becoming more likely that I will be able to knit something really beautiful from this yarn that I’ve carried with me all these years. And the reality that I haven’t really lost “the mess”, just rearranged it to be useful, makes the endeavor even more special and significant. Thinking about it all nearly makes me happy.

I still have some work to do. I have some situations and people I have to remain distant from while knitting my life into something unique. This will be difficult, but needful in order to complete what I desire. Once healed, I will still need to work on maintaining what I’ve accomplished. I’m joyful that I’ve come this far. I’m hopeful that the mess is nearly unraveled and now the most rewarding endeavor will begin.

I actually feel there is a lot of newness and mystery to this process and am beginning to feel things are more possible. I’m hoping in time that my life becomes like my favorite sweater in Fall, hugging me comfortably and keeping me cozy. My footsteps are lighter now. There will continue to be challenges. I will continue to unravel them, sitting in the stillness that has saved me. 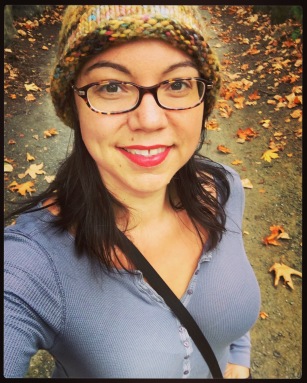 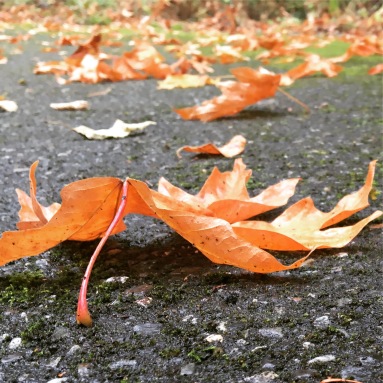 ← Flying Solo with You: Collectivity Versus Competition
Out of the Fog: Finding Yourself & Forgiveness →

One Comment on “Unraveled Yarn: The Mess That Has Made Me”