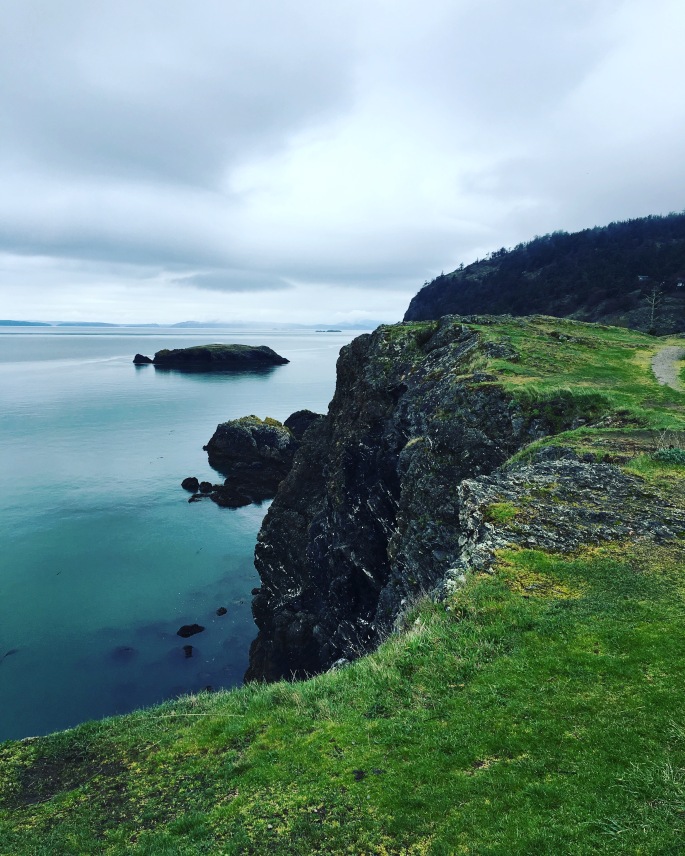 I’m in a bit of a hole at the moment. I am again fighting change and dragging my feet, clinging to what needs to be released in my life to finally be free. I’m caught up in the confusing web of chaos and lies that has captured my time and attention for years. Lies that were told to me by others and lies I told myself in order to maintain the status quo and thus promote a false sense of security. I keep returning to this vacuous space where I once stood unaware that I was alone. I still occasionally employ the same old scripts that are in need of retiring. There have been times that I’m so overcome with grief that I’m desperate to return to the steel bars that caged me. I enter briefly into those dark and confining spaces only to realize that the chatter has silenced and I’ve actually been alone all along. It was all a mirage, a swinging mirror that was clanking against the steel cage, a distraction that resulted in hours of endless, mindless preoccupation. The cage was now empty and I was in full awareness of the solitude that shrouded my little song.

My first realization as I stood, alone, was the deafening silence surrounding me. It’s been my voice all along, chirping desperately into the empty spaces, echoing and bouncing off the stone walls, that has kept me tirelessly hooked and responding. In this new silence where I have all at once stopped singing, I hear nothing. I’m enveloped in soft and silent spaces that communicate vast solitude and begs for my somber, but awakened soul, to fill the empty spaces and soothe the rough edges that were created from fighting and flying solo for so long. It’s time drop the armor so that I can spread my wings of self discovery and visit the places that I have cut myself off from in my desperate attempts to get love from those in my life unwilling to give it.

I’ve stopped fighting and have began grieving the losses that I had truly never gained. Those longed for connections and I were never even in the same room together. It was the chatter of my own voice I had been wrestling with while the objects of my longing were only able to see my rage and hurt. My desire to connect and rebuild was foreign to them as they remained in their cage on their post, constructing their own soliloquy. The more I fought to connect with these individuals, the more alienated I became, until one day I woke up to the tune of silence. Determined to love myself, I discovered that I had finally freed myself from those who had no real desire to commune with me. This painful discovery was the beginning of my freedom from my cage, and was my first steps toward self-love.

I recently have been in the dance of wanting to connect again and have had those old urges to reach out. I realize that this is part of the grieving process and as much as I would like to speed through and be flying free, there is only so much I can do to hasten this difficult process. Sometimes, it means getting sucked in to old patterns of thoughts and behaviors and even potentially fighting once again for a connection that does not exist. Often, if I am truthful to myself, this connection never really existed.

I’ve been involved with people from family members to partners that were often too unhealthy to truly connect. I wanted the connection so desperately that I often brutally demanded it. Growing up with others who were often distant emotionally, has left me stunted and uncertain as to how to get my needs met in the relationship. I was never allowed to express anger openly growing up as a child and certain family members were unable to connect in intimate and safe ways. I’ve always longed for what I instinctively knew existed, but I became horribly ineffective at obtaining it from others in my life. I stayed in sick relationships for too long, ruthlessly insisting that we connect and grow together. These ineffective tactics only served to alienate me and make me feel depressed and, at times, even suicidal. I felt unlovable and unworthy because the few people that I desperately wanted to receive love from, displayed over and over in actions and words, that they were not concerned with my welfare, one time even expressing to me: “I don’t even think about you”.

For years, I was determined to get my needs met from the few people in my life that haphazardly remained, often involving themselves when and only if they needed something from me. I knew I was being used, at times, but I accepted their excuses and even made excuses for their inability to connect with me so that I too could receive love. I was desperate to get the occasional crumbs and willingly remained engaged with these individuals in my life. I moved across the country for two people in my life and I was there for these individuals at times when their lives crashed and burned. At their lowest time, I was the one standing beside them, encouraging and supporting them. For one of these individuals, this meant helping her even bathe and cooking food for her and allowing her to stay at my home after she nearly died in the hospital to an illness related to her substance abuse. However, once she was back on her own two feet, she again began to distance herself, argue with me, and leave my home going back to her addiction. Over and over again, I was left by these two individuals who seemed to only need me or want to connect during times when they needed my help. I rarely said no, but over the last few years the chatter in my cage increased and I began to act in ugly and mean ways to desperately demand and insist they get the help needed to heal and thus, be able to connect with me and others. Obviously, this did not bode well and I ended up swinging in my little cage, alone, in the deafening silence.

The most difficult part of my journey was realizing that the connection never really truly existed in the first place. I was desiring an authentic and genuine connection. One that involved truth and honesty and reciprocation. Sadly, I learned over time that these two people I was hung up on in my life where not well enough to truly connect and they both broke my heart. I don’t feel that either of them are even connected to themselves and both often gain their love and adoration from a safe distance from those who care for them, but are not truly connected to them. There is a difference between loving someone from a distance and truly connecting to them. I learned that the walls they had built were too high and the communication received from me only served to overwhelm and confuse them.  I had to let go of both of them. I still love them, but remaining in a distant relationship where I was often used and abandoned only served to make me bitter and angry. Several times I have recently fallen, crashed, and burned, and neither one of these people even took the time to contact me and provide support, not even a brief phone call.

Both of these people in my life whom I loved dearly, were lessons to me. I learned a lot from loving two people that for whatever reason were unable to love me back. Here are a few lessons I’ve learned from this difficult journey:

And, so my little songbird is singing a different tune these days. It’s a tune of self discovery and self love. I believe we are here to learn and to love. Sometimes, I get discouraged because I am getting somewhat older and I wish I had learned these things earlier. I feel behind, like I must catch up. And then I feel perhaps it has all unraveled this away for a reason. No matter when you begin to sing a different tune it truly makes no difference. Belt it out and embrace it! This is your song to create and continually sing throughout your life. I hope it is full, with a joyful melody, layered with beautiful harmonies!