I wish there was someone I could talk to who was able to listen objectively, with empathy.

I wish I was able to afford a reputable residential treatment for my illnesses of: Bipolar I, ADHD, and PTSD. I am exhausted fighting all alone. I am only able to meet twice a month with my therapist because I am on Medicaid. It is not enough with everything that has happened over the last year. I need help managing my anger related to family issues and an abusive relationship. The longer I go without treatment, the more devastating it becomes for me. I am unable to work currently because of how sick I have been. My negative coping patterns become reinforced and I feel more alienated and depressed. Often, I am suicidal. And, my physical health is suffering greatly as a result. I have reached out to the crisis hotline a few times over this past year, but being placed in an inpatient facility for acute care and destabilization isn’t appropriate for me and often does more damage than good.

The last place I went to for crisis destabilization, I waited 36 hours to be admitted and was kicked out the same day I arrived.  I was manic and exhausted and impulsively  asked to leave. I quickly changed my mind, but was forced to leave anyhow even though they had not even completed the tests they ordered regarding my lungs.  I was having trouble breathing due to recent influenza that led to bronchitis. I informed several staff members of my decision to stay and receive treatment, and even asked to talk with the doctor who was there at the time of my requests. No one provided with with an answer and then later they dropped my clothes on the floor in front of me and told me I had to leave. I was still wearing a blue suit I was made to wear while on precautions for 36 hours. I told the staff again I was still suicidal, they responded by informing me that if I did not leave willingly, they would involve hospital security to escort me out. I was lead to the exit, provided my belongings in which they had rummaged through and placed in plastic bags, and was shown the door all while I vocalized that I was still suicidal. It was an extremely undignified and dehumanizing experience for me. I thought to myself later how incredibly odd it would have looked had I thrown a big scene vocally while security ushered me from the psych unit of the hospital. Instead, I left quietly, in tears, and immediately went to the administrative offices and complained. No remedy was reached and I left in tears, defeated. It was truly a devastating experience for me. It has discouraged me from ever wanting to get help when I am depressed and suicidal.

Also recently, I nearly attended residential treatment, but backed out at the last minute because they were communicating inconsistently with my mother and me concerning cost.  It was expensive, around $18,000 for 3 weeks, and I was already feeling uncomfortable about having my Mom fork over that much money. My Mom was reassured by the treatment facility that if I had to leave early, she would be reimbursed. However, the following day, I was asked to sign a document stating the exact opposite, that I would not receive any type of reimbursement should I leave the program at any time. I began to get cold feet after reading some on-line reviews. When I withdrew, it took more than a month to get back the $12,000 deposit my mother had paid. We had placed several calls, but were being ignored which caused both my mother and me anxiety. It was only after I wrote a nasty review on-line that they attempted taking down, that they returned our money. This facility, which was Christian-based, lied stating my review of their treatment facility was for another organization across the country. It was odd behavior, and again has made it difficult to trust others in receiving treatment.

And thus, I am on the waiting list, here locally, for an outpatient Dialectical Behavior Therapy (DBT) program that seems promising. However, the waitlist is still a few months out and I have been on it for about 3 months now. I also do not have the money to afford treatment, but have been referred to a grant that may cover most, if not all, of the treatment if I am awarded it. I am cautiously optimistic. We’ll see.

I wanted to write this post to demonstrate the potential difficulty one may experience in  receiving adequate treatment for a mental illness in America.  If you are residing in the United States and attempting to receive adequate care, it can be extremely difficult. And, you are not alone.

My niece was declined inpatient care by Medicaid a year ago for depression, anxiety, PTSD, and substance abuse issues. Since then, she has had multiple arrests and hospitalizations. Both the social worker and presiding emergency room MD felt she would benefit from inpatient and admitted her pending insurance approval, the hospital sent her home at 3 AM via cab to my house due to a denial from Medicaid. It was shocking. Had she not been denied treatment, she may not be as sick as she is today. Her diagnosis now is schizophrenia & bipolar disorder, which may actually be drug induced psychosis. Early aggressive treatment may have not only drastically improved the quality of her life, it could have also saved the government money from subsequent hospitalizations, incarcerations, and arrests.

My nephew was brought to the ER with hallucinations and delusions by the police a few years ago. They discharged him to the streets with a note in hand instructing him to contact his primary care physician for follow up care. He began walking home and eventually was able to call someone to come and pick him up. He has bounced in and out of hospitals without any true progress. He resides in Tennessee and they do not have any state hospitals where he can stay longer to hopefully experience stability. Instead of  having one longer stay that attempts different medications and non-medical interventions, he is hospitalized roughly 6-8 times a year briefly only to be medicated and released. It is heartbreaking to watch my nephew suffer year after year and not get well. I truly feel the system is failing him and this is the only life he has!

This is why I write and continue to fight. I realize that there are many people out there struggling, like me. They have also have had bad experiences, causing hesitancy and distrust. I have met many professionals along my journey who are frustrated too, longing to do more, but have their hands tied behind their backs. I hope writing this helps others struggling not feel so alone. I also hope that these stories stay alive to inspire professionals and policy makers to push for reform that will provide more effective treatment. Mental illness is debilitating and can be deadly, it is time that we demand care that is compassionate, effective, and affordable.  Thanks for reading. 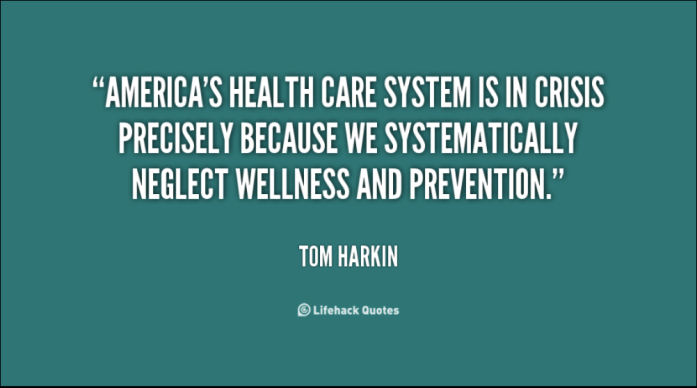 ← Embracing the Mentally Ill in the Workplace: My Work Wish List!
Existential Angst: Three Poems Inspired by the Struggle of Life →