Posted on August 2, 2018 by landundefined 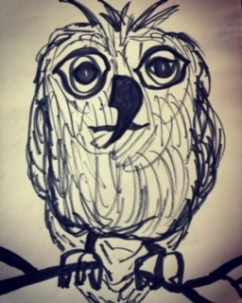 Bent, Bloodied in a corner,

A stench stops those who venture near.

A great facade, a circus,

Of Bells, whistles and cheer.

Laughing gaily, tiptoeing through the forest,

Amongst the encroaching fear.

From the stony cell, I sit.

In my sunken face, they snarl and spit.

To the left, and to the right.

The beast inside, has weathered the ride,

And I, gained and owl’s insight.

I wrote this poem several years ago.  I feel it embodies the mood and perceptions I often cycle through when experiencing mania and depression.  Often, I feel hijacked and imprisoned by this illness and am swept up in conflicting emotions and thoughts until it releases its grip and I reach clarity once again.  It is very hard for others to understand that I do not “bring myself” to these extremes, but instead am captured and held captive until my release.  And then, just as the storm so violently came, it subsides, often leaving damage in the wake.  And this occurs to no fault of my own, over and over again.

It is a devastating illness.  And it took many years to separate myself from the person I become when in an episode.  I’ve had to not only grieve the loss of jobs and relationships, but also the loss of potential and the loss of self.  Often, after an episode, I am dropped from a place of dizzying chaos, to immediate clarity and the transition is disorienting.  And although, I agree there are things I can do to decrease intensity and duration of episodes, once I am held captive, I must ride it out, and weather the ride.  Often when I feel I have reached stability, to my surprise, I am taken again.  This is why it is an illness.  And it is why I continue to write to dispel the myths and mystery surrounding this disorder.

← Longing to Connect
That Fear →